The North Macedonia Film Agency has become the 34th member of the European association of Film Agencies, the EFADs, as of May 2019.

The North Macedonia Film Agency joins the EFADs as an associate member, a status open to any film agency located in a country member of the Council of Europe. It allows it to take part in all activities of the association and have partial voting rights. 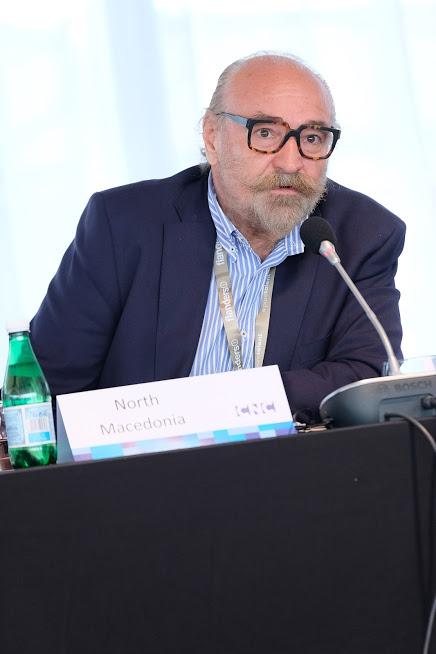 “We strongly believe that the North Macedonia Film Agency would greatly benefit by becoming a member of the EFADs association, which contributes to the actualization of European policies and initiatives by focusing on promotion and distribution of European works and the challenges of the European film industry. Joining the association enables us to exchange information, to share experiences and to strengthen our common aims for European audiovisual industries, by targeting key issues on digital change, copyright, fight against piracy and media literacy. I hope that our collaboration will enable a greater visibility and more intensive collaboration in the years to come.” declared Gorjan Tozija, Director of the North Macedonia Film Agency.

ABOUT THE NORTH MACEDONIA FILM AGENCY

The North Macedonia Film Agency as a governmental body, established under the Film Industry Law officially began its operation in 2014 as a legal successor of the Macedonian Film Fund.
The overall responsibility of the Agency is to ensure growth of Macedonian film industry, film tradition and film culture through continuous support of its development, production, distribution, exhibition and promotion. In order to achieve its goals the Agency aims at providing a continuous support to the production of films of national interest, stimulating international filming co-productions (majority and minority co-production), encouraging expert and professional education of film industry professionals, stimulating the creation of national screenplays, promoting Macedonian cinematography at renowned international film festivals, promoting North Macedonia as a filming location as well as administering the Film Production Incentive Programme, aimed to encourage and stimulate investments in film/television projects.

It is funded by the grant-in-aid from the Government and through contributions such as broadcasters, cable operators, Internet providers, cinema exhibitors and distributors.

2022 Dale! Award goes to “Six Months in the Pink and Blue Building” (Mexico)

Rendez-vous with European Cinema / France - Exclusive screening of “Simone, a woman of the century” in Brussels, 27 June 2022

EFAD expresses its solidarity with the Ukrainian people

2021 Dale! Award goes to « Where the River Begins » by Juan Andrés Arango (Colombia)